Barker’s For the Ban 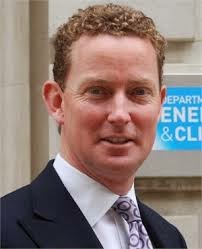 Last week a hotly debated topic in the House of Commons was the European Union’s ban on incandescent lamps.

Conservative MP for Bury North, David Nuttall proposed that as part of our renegotiation of membership of the EU, the UK should push for complete exemption from the ban on incandescent lamps.

The pan-European ban on incandescent lamps has seen the gradual introduction of energy efficient LED light sources since its introduction in 2009. Nuttall believes the UK should be given back “the right to be able to use whatever light bulbs we want without being told what to do by the EU”.

Energy Minister Greg Barker highlighted the benefits of the ban stating “By having energy-efficient light bulbs we are driving innovation and driving down people’s electricity bills. We do not want to go back to having high-cost energy bills and turning our back on innovation.

Labour MP for Edinburgh East, Sheila Gilmore questioned whether those with photosensitive health conditions, for who LED lighting and fluorescent lighting can cause ill health, might be allowed to continue to use incandescent lamps.

Barker responded: “The UK is sympathetic to concerns raised about the potential health impacts of lighting. We want a flexible approach. And we want to ensure that the EU takes on board the health concerns that have been raised about these technologies.” He closes the debate by promising to press the European Commission to take this into account in the upcoming review.
Posted by Unknown at 03:49